The 2nd conference of the Serbian Energy Law Association (UPES), titled “Novelties in the Legal Framework and Effects of Energy Law Implementation”, was held on 4.12.2019 at the Serbian Chamber of Commerce and Industry in Belgrade – Serbia, and Ms Mira Todorovic Symeonides – Rokas (Athens) Partner as well as Mr Vuk Stankovic – Rokas (Belgrade) Representative, participated in panel discussions.

The conference was opened by the president of UPES Dr Branislava Lepotic Kovacevic, the introductory commentaries were delivered by the president of the European Federation of Energy law Associations (EFELA), Mr Vicente Lopez – Ibor Mayor and by the State Secretary of the Ministry of Mining and Energy of the Republic of Serbia, Ms Mirjana Filipovic.

The first panel titled “The Principles of Energy Law, Clean Energy Package: Clean Energy for all Europeans and New Forms of Energy” started with the introductory lecture of Dr Raphael Heffron – Professor of Global Energy Law & Suitability at CEPMLP of the Dundee University and Member of the Scientific Committee of the EFELA, the moderator was Mr Milos Lakovic – Partner at the law office Moravcevic Vojnovic and Partners AOD in cooperation with Schoenherr, while the speakers were: the Legal Expert of the Energy Department of ACER, Mr Dimitrios Lelovitis, the Head of the Knowledge Center at the International Energy Charter, Dr Gokce Mete and the Senior Legal Expert for Energy at the Energy Community Secretariat, Dr Rozeta Karova.

Ms Mira Todorovic Symeonides, was a speaker on the panel “The ‘Precedents’ in the Energy Law of the European Union”, where she presented “Some aspects of the Case law on State Aid in RES Sector”. The introductory lecture of the panel was delivered by the Deputy Director, Legal Consultant of the Energy Community Secretariat, Prof. Dr Dirk Buschle, the moderator was Mrs Iva Dindic Cosic – Head of the Energy Law Department, EMS a.d., while the other speakers were: the Partner at the law office Moyse Bleser in Luxembourg and President of the Association for Energy Law in Luxembourg, Dr Cedric Belwald, the Partner at the law office Schoenherr Rechtsanwalte GmbH in Vienna, Mr Bernd Rajal.

After the end of the second panel, a round table was held with the topic “The importance of Energy Law in the region and possibilities of linking with other Energy Law Associations”, moderated by Mr Vuk Stankovic and UPES President, Dr Branislava Lepotic Kovacevic. On the round table, energy lawyers from the Republic of Serbia and the region exchanged their views as to future cooperation and discussed future developments of Energy Law in the region – the introductory lecture was delivered by the General Secretary of EFELA, Mrs Marinella de Focatiis. Rokas (Skopje) Partner, Ms Simonida Shosholcheva Giannitsakis Zafirovic, was also one of the participants.

On the evening prior to the Conference, the participants and speakers visited the Nikola Tesla Museum in Belgrade, in order to pay tribute to a great scientist who enabled, among others, the existence of Energy Law as we know it today. 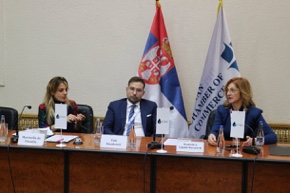 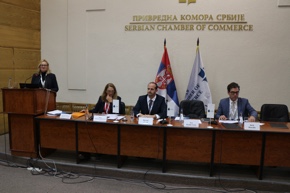 Previous PostRokas (Belgrade) Representative, Mr. Vuk Stankovic, spoke on 6.12.2019 at the 7th Session of the Parliamentarian Committee for energy policy in the National Assembly of the Republic of SerbiaNext PostEnergy News – 67th Issue
0Shares

“Credibility paves the way for the establishment of insurance awareness” an interview of Prof Ioannis Rokas, Senior Partner of Rokas Law firm by Insurance World magazine

Season’s Greetings from all of us at Rokas Law Firm Greece and our offices across Central and SE European countries.

“Credibility paves the way for the establishment of insurance awareness” an interview of Prof Ioannis Rokas, Senior Partner of Rokas Law firm by Insurance World magazine
January 16, 2023Admin
Season’s Greetings from all of us at Rokas Law Firm Greece and our offices across Central and SE European countries.
December 20, 2022Admin
Greece introduces emergency intervention measures in electricity supply sector to combat energy crisis
December 20, 2022Admin
We use cookies on our website to give you the most relevant experience by remembering your preferences and repeat visits. By clicking “Accept”, you consent to the use of ALL the cookies.
Cookie settingsACCEPTRead More
Manage consent